The Call for the program Our Local Foundation-Community has a say! in Bosnia and Herzegovina was launched in December 2020 and, after two months of intense promotion of the Call, communication with potential applicants, and two online events, Trag Foundation received 60 applications from 41 communities across the country.

After the Call was closed and Trag conducted the primary scoping of the applications, nine groups were selected for further interviews with the Trag team. These interviews provided the groups with an opportunity to present their ideas regarding the establishment of community foundations in geographical areas that they come from.

Based on these conversations, Trag selected five informal groups to be included in the program implementation, coming from the following communities: Sarajevo, Bijeljina, Zenica, the region of Birač and the municipalities surrounding the mountain of Borja.

The group from Sarajevo consists of several people of different professional backgrounds, but with the common goal of contributing to the development of their city by providing financial and other types of support to citizens’ initiatives, addressing various important issues that surround them. Harris, Amra, Vedad, Adna, Adi, Irma, Adnan, Elida, Azra, Samra, Andrea, Lejla, Maja and Kenan are members of an informal group who will try to connect people who have resources with those who have ideas on how these resources can be put to use, to ensure the advancement of the community in which they live.

Bojana, Maja and Vladimir are the people who want to make Bijeljina a better place to live by engaging themselves and others through a community foundation. With their credibility in the community in which they live, the knowledge they have, and the experience in various fields, the three of them plan to include more people in the initiative group aiming to establish this community foundation and engage their fellow citizens through the intense promotion of local philanthropy.

The idea behind establishing a community foundation in Zenica comes from Amra, Zerina, Berina, Azra, Lejla, Alma and Jenita, who want to connect people from different walks of life and inspire their solidarity and cooperation, as well as joint action to achieve a lasting change. The diverse experiences that they gained so far will serve as a basis for achieving their long-term goal – a community foundation in their city.

Stana, Valentina and Željana come from two municipalities in the Birač region (Srebrenica and Bratunac) and they are motivated to make a positive impact on their community by establishing a community foundation. They plan to further expand their group and work together with people from the neighboring municipalities of Milići, Vlasenica, Šekovici and Osmaci. Like all others, the three of them will aim to develop the community foundation, in the long run, minding its greater resilience to various internal and external challenges, and for the benefit of the communities to which they belong.

Mount Borja stretches towards Čelinac, Kotor Varoš, Kneževo and Teslić, and each of these four places is represented by one person in the initiative group. Stefan, Marko, Dijana and Djordje came together with the intention of building a community foundation in the region between Doboj and Banja Luka, that will simultaneously connect people and inspire them to solidarity and cooperation, as well as joint action to achieve long-term changes in their surroundings.

These five communities will have the opportunity to establish their community foundations in the coming period, by enabling the informal groups to raise €15,000 from individuals and companies that the Trag foundation will double, thus increasing their grantmaking budget. After this amount is raised, informal groups will formally register the community foundation, aiming to use it to contribute to social changes in the long run. Throughout the process, Trag will support the groups on their journeys towards independent functioning. 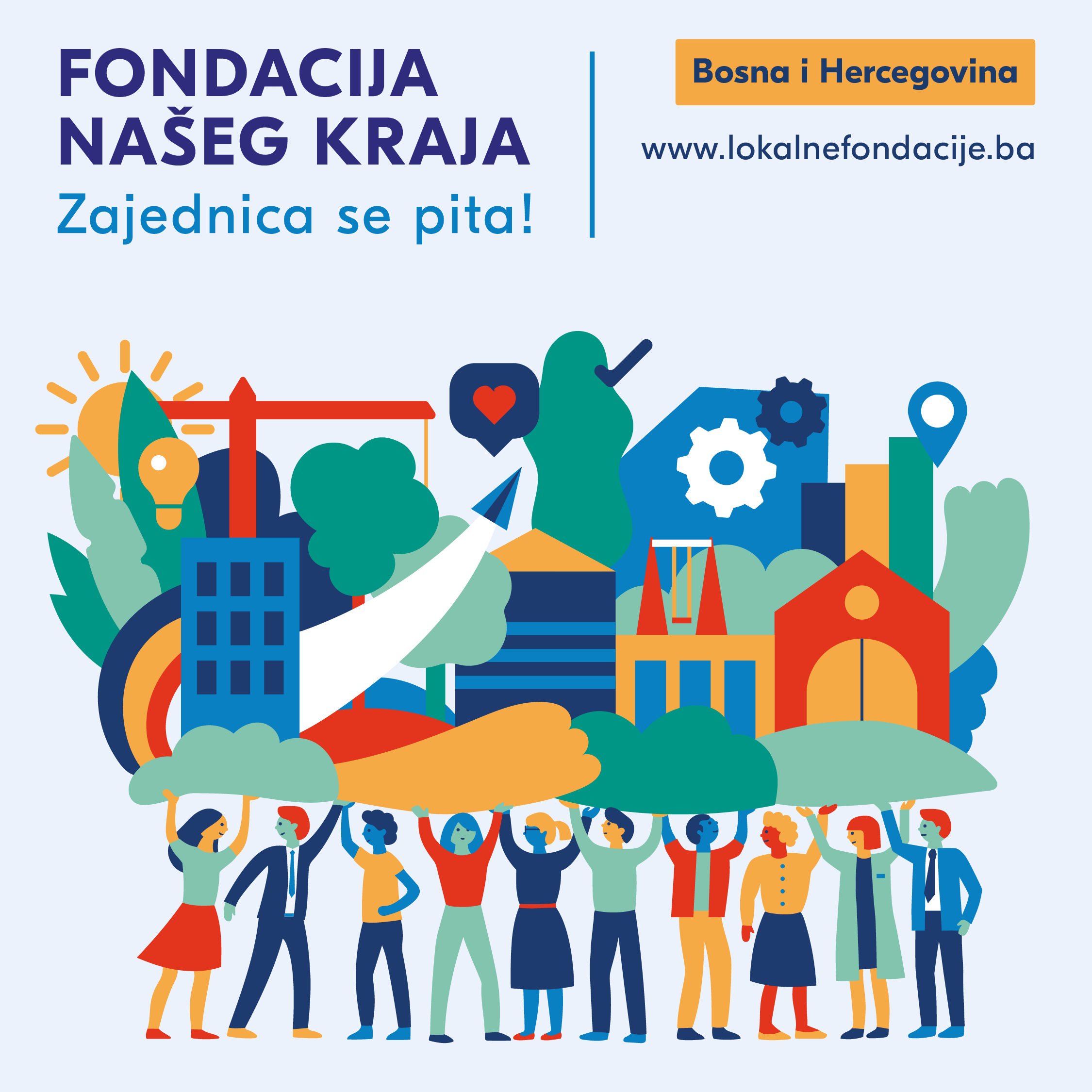