Initiatives of groups of citizens from three local communities (Niš, Pančevo and Stara Pazova) which are a part of the “Our Local Foundation – Community has a Say!” programme, together with Trag Foundation, held their second joint meeting in Niš on 15 and 16 October, 2021.

The united conclusion of the meeting was that all three future foundations are successfully raising funds for their programmes to support small projects, and that all three groups are on track to reach the programme goals. In the coming period, they are expecting final fundraising activities, strategic planning and the formation of executive and administrative bodies of the foundations, which is a condition for these informal groups to be officially registered as foundations. The first half of next year is the time for which it was estimated that all three groups would meet these goals. 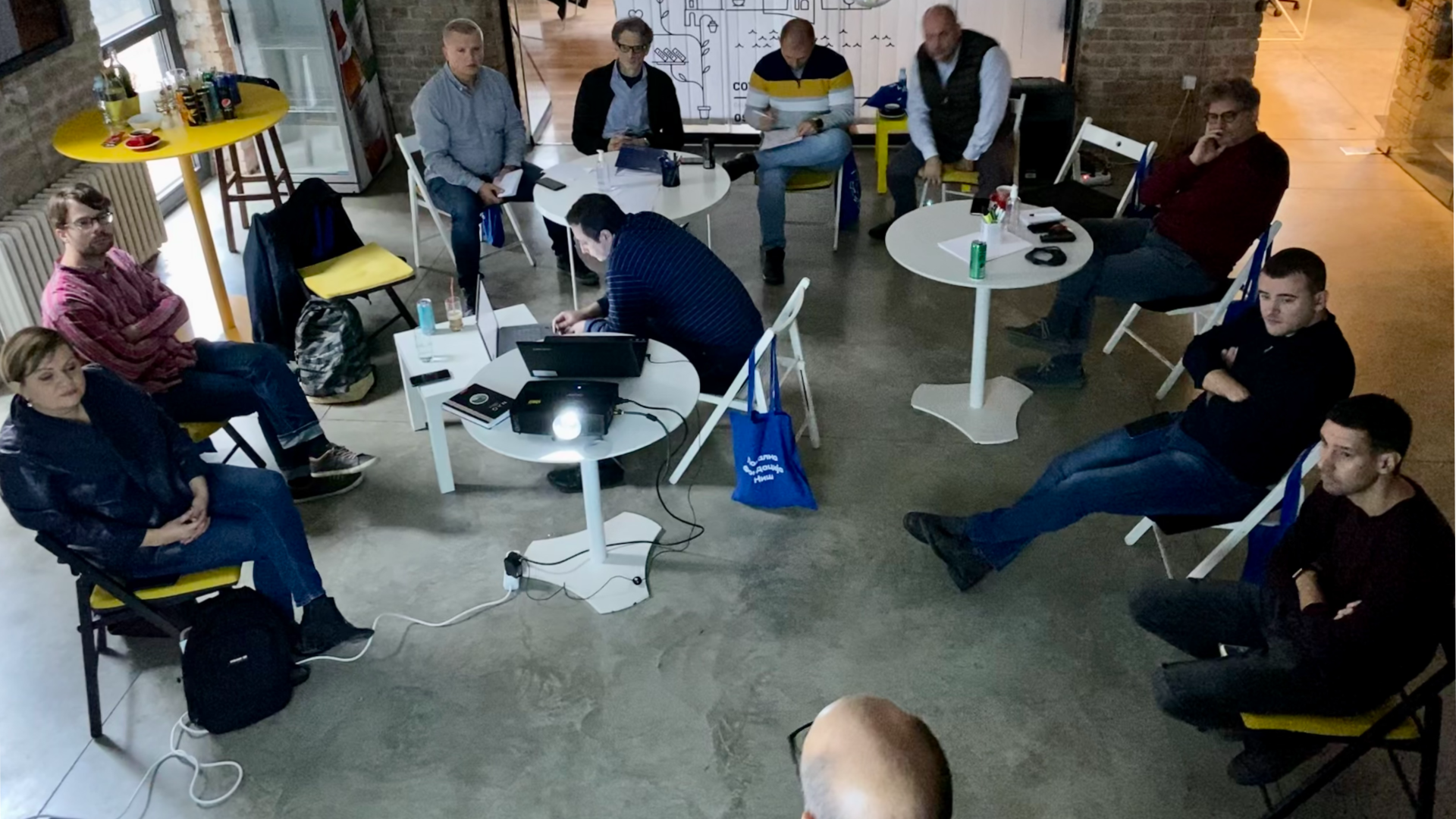 The meeting included sharing of experiences gained through the implementation of previous activities on fundraising and promotion of philanthropy. This meeting was an ideal opportunity to exchange information on the results of the first competitions for local initiatives in all three communities that were successfully organized by the initiative groups. During the summer of 2021, the citizens of Niš, Pančevo, Stara Pazova and all places and villages which are an administrative part of these cities had a unique opportunity to apply with their projects for a program that offers support in the maximum amount of 1,000 euros per project. In this way, a total of 22 projects (7 in Niš, 8 in Pančevo and 7 in Stara Pazova) were supported via open calls for informal groups and small associations of citizens.

Groups gathered around the idea of establishing community foundations have secured money from companies and individuals from their communities in a variety of ways. Numerous collection methods have been used, with auctions and large individual donations of individuals and companies standing out as some of them. Successful fundraising was additionally helped by the possibility of organizing public events in the open air during the warmer period of the year, and long-term cooperation with business entities was established.

Trag Foundation informed the attendees about the next activities for promoting the concept of community foundations in Serbia and the region, as well as further support and ways to improve the work done on the programme so far. Numerous activities are planned for groups and the idea is for all three foundations to be established during 2022.

The gathering in Niš was also used to visit the projects supported at the first call for future community foundation from Niš. Before community foundations are established, and in parallel with the fundraising and collection of other resources, all groups can expect new calls for support for smaller projects.

Through the program “Our Local Foundation – Community Has a Say”, in 2020, the Trag Foundation supported informal groups from Pančevo, Niš, Stara Pazova and Šabac with the idea to engage their communities, inspire fellow citizens to activism, support their initiatives and raise 15,000 euros for their work, from individuals and businesses, which the Trag Foundation will duplicate and which supported groups will use to support local initiatives in the places where they live and work.

During the summer, a group from Šabac decided to pause activities to establish a community foundation due to other commitments, and new groups of people from this city will still have the opportunity to join the program during the next call of the Trag Foundation to gather new forces to spread the movement of community foundations throughout Serbia.