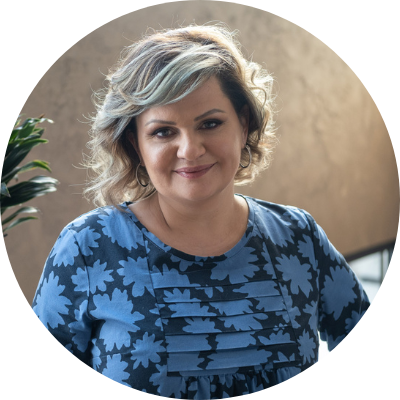 Trag Foundation has been actively supporting community foundation development in Serbia since the first foundation was established in 2011. In 2019, with the support of the C.S. Mott Foundation, Trag launched the ‘Our local foundation – community has a say!’ programme, aiming to build the community foundation movement in the Western Balkans region. The inspiration for this programme came from our long-lasting experience of working in local communities across the region as it showed that the region experienced a rise in civic engagement and that some kind of local activism could be found everywhere we looked – be it an urban neighbourhood or a remote rural area. This activism contributed to restoring trust within deeply polarised communities and alleviating feelings of helplessness over matters that concern their inhabitants.

Given that Trag experienced a significant increase in applicants for its grantmaking programmes, it was clear that we needed to ensure additional resources to support civic engagement at the local level. We looked into neighbouring countries and concluded that community foundations represented the most effective model, given that they developed local philanthropy by mobilising resources from individuals and businesses at the local level and used these funds to support various initiatives in their surroundings. By doing so they effectively opened spaces for cooperation and empowered citizens to feel like they belong, have ownership over and are accountable for the wellbeing of their communities. This truly motivated us to adapt the said model to our context and inspired us to spread it across the region. We are currently working with three new community foundations in Serbia and five emerging ones in Bosnia and Herzegovina. We are also in the process of identifying new initiative groups to work with in Serbia and the selection will be completed in July 2022.

To continue with this, Trag wanted to conduct a study on community foundations in Serbia titled ‘Bottom-up Empowerment – The role, challenges and prospects for development’. For this, Trag partnered with the Laboratory for the Philanthropy, Solidarity, and Care Studies (SolidCare Lab) that operates within the Institute for Philosophy and Social Theory in Belgrade. The idea behind this partnership was to create a tighter bond between the academic community and civil society, resulting in the further building and sharing of relevant knowledge in Serbia, the Western Balkans region, and beyond.

The study was rolled out in the second half of 2019 and encompassed the existing and emerging community foundations active in Serbia. The study explored the understanding of community foundations, their role in empowering citizens to actively engage in shaping their immediate surroundings, the challenges they face in their work, the problems beleaguering the communities in which they operate, as well as the prospects for further development of this form of social engagement.

Among other things, the study showcased that the Covid-19 pandemic imposed significant challenges on already struggling communities across Serbia. Emerging community foundations had to build themselves up in really complex circumstances, on top of figuring out how to establish themselves as a new resource in the community and address the lack of trust and apathy that already posed significant barriers to association and action. Community foundation representatives nevertheless kept on encouraging and empowering people to use their own resources, build accountability towards their communities and support the struggling civil society sector to rise up and take ownership of solving the issues that the communities encounter. This is especially commendable and inspiring given that the vast majority of community foundation representatives act as volunteers and work on community foundation development only in their spare time.

The full findings of this study in English can be found here.

This study represents only the first step in Trag’s engagement with academia. In 2022, Trag teamed up with the Centre for the Study for Social Development from Novi Sad to carry out research on the ‘Impact of community foundations on the social changes in their local communities’. The research was a qualitative study on socio-economic-political changes in the local community that resulted from projects implemented by the grassroots initiatives funded by the three emerging community foundations that were supported within the first cycle of this programme (Niš, Pančevo and Stara Pazova). The researchers are now gathering relevant data and inputs from the field and the results of their analysis will be published in the second half of 2022.